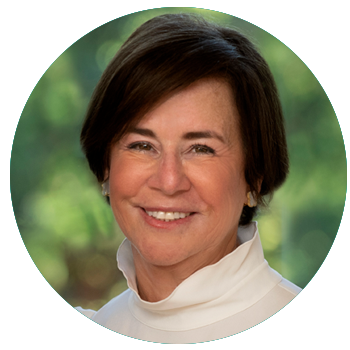 Author of Lost and Found in Spain, Former Senior Fellow, The Philanthropic Initiative

Susan Lewis Solomont has enjoyed a dynamic and impressive career in the field of philanthropy.

For 20+ years (1999-present), Susan has been a Senior Philanthropic Advisor at The Philanthropic Initiative (TPI) in Boston, Massachusetts, a not-for-profit consulting firm that advises individuals, foundations and corporations on how to design philanthropy programs to create meaning and impact.  Working with numerous corporate and private foundations, her work focuses on creating entrepreneurial and strategic approaches to private philanthropy.

From 2010-2013, Susan lived in Madrid Spain where her husband Alan Solomont served as the United States Ambassador to Spain and Andorra. While in Spain, Susan was actively involved in programs and projects that helped women business leaders connect. She chaired the American Chamber of Commerce Women’s Leadership Committee and at US Embassy Madrid, she created the Women’s Leadership Network, a series of events designed to promote the role of women’s in business and civic life.  The series focused on numerous issues including entrepreneurship, social media, marketing and corporate social responsibility, and it helped to shine a light on the leadership role of women in Spain.  Ms. Solomont also chaired the US Embassy’s Volunteers in Action program, which engaged Embassy employees and family members in volunteer activities throughout Spain.

Ms. Solomont has been a speaker on a range of topics including women and corporate social responsibility.  She has been featured several times by Spanish media regarding the leading role she played representing the United States in Spain.

Ms. Solomont is committed to being an active and engaged citizen in the community in which she lives.  She is currently on the board of the Berklee College of Music. She is a past board member of many leading institutions, including the Instituto International of Madrid, the Tufts University Friedman School of Nutrition, the New England Aquarium (board chair 1999-2004), the Women’s Health Initiative at Boston Medical Center (Co- chair 2006-2009), Newton Wellesley Hospital, the Berklee College of Music Valencia Advisory Board, the Hadassah Brandeis Institute, the Citi Center for the Performing Arts, The Commonwealth Institute, the WGBH Board of Overseers, Boston Jewish Community Women’s Fund and Temple Beth Elohim.

Ms. Solomont is the author of two books, Lost and Found In Spain: Tales of An Ambassador’s Wife and the children’s book, Stella the Ambassadog.

Ms. Solomont earned a Bachelor of Science degree at Cornell University and a Masters of Education degree at Tufts University.

She is married to Alan D. Solomont and they have two wonderful daughters, Becca, 33 and Stephanie, 28.