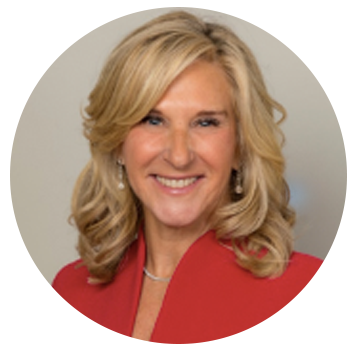 Peggy Koenig is Chair of Abry Partners, LLC, which is a top ranked North American private equity investment firm focused solely on investing in the media, communications, information and business services industries. She was a 2018 Fellow in Harvard’s Advanced Leadership Program.

Abry has completed over $80 billion of leveraged transactions and other private equity investments. The firm manages buy-out, growth equity and senior debt funds. Ms. Koenig joined ABRY in 1993 as a Partner when the firm organized its first $250 million buyout fund. Ms. Koenig during her tenure as co-CEO was responsible for the oversight of the firm’s employees. She initiated a myriad of professional development activities to enhance the firm’s employee base. She co-chaired the firm’s investment committee, and she was responsible for raising nearly $7.5 billion of capital.

Ms. Koenig is the Producing Director of Black Cap Productions where she is developing a musical inspired by the book “Lives in Limbo” which chronicles the lives of dozens of undocumented Americans (Dreamers) over more than a decade. Ms. Koenig has invested in “What the Constitution Means to Me,” “The Inheritance,” and “My Dear Drug Lord” in which she is a co-Producer. She is a graduate of the 14-week Producer’s course at the Commercial Theater Institute as well as the three-day creative producing course at The Eugene O’Neill Theater Center.

Prior to ABRY, Ms. Koenig was a vice president, partner and member of the Board of Directors of Sillerman Communications Management Corporation, a merchant bank making investments principally in the radio industry. She participated in the formation and success of SFX Broadcasting, a publicly traded radio industry consolidator. Earlier in her career, she was involved in motion picture financing (Columbia and TriStar Pictures), investment banking (Thomson McKinnon Securities), and the magazine publishing industry (Savvy and American Photographer magazines).